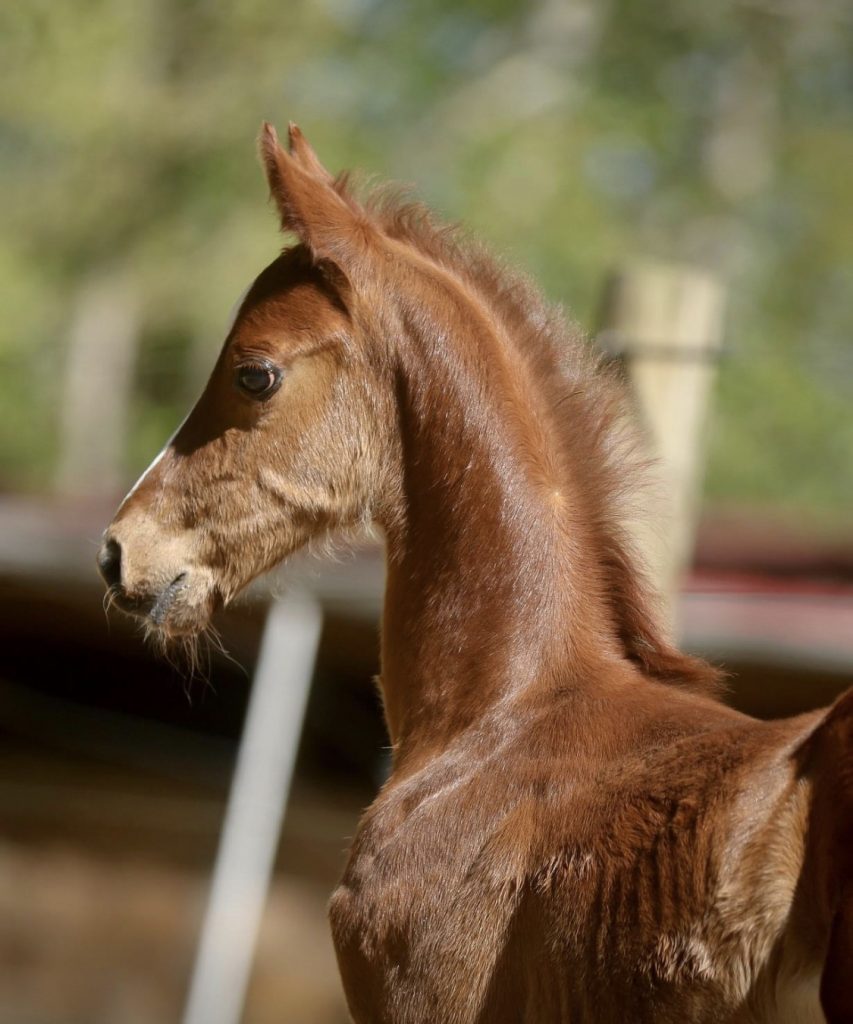 Our foal born on April 8, 2020, is named “CRW Molly’s Chenin Blanc” with the barn name of Magnum. A magnum in the wine world is a 1.5 liter of wine that is equal to two bottles. It is a colt, and his sire is “Mont Bleu,” and his dam is our mare “Arrowhead’s Fancy Smancy,” AKA Prada. Mont Bleu comes from a many time world champion sire named WC “Callaway’s Blue Norther.” Prada’s sire is WC “Wine Women and Song,” and Prada’s dam is WC “Deerhaven’s Fancy Filly.” As you can see, we are very excited about this young colt. His head is shaped like our Prada, and he is just a sweet young colt.

His name derives from a fantastic winery in Napa named Chappellet Vineyards. It is owned and operated by the Chappellet family. It was started in 1967 when Donn and Molly Chappellet purchased the property, and it sits on a mountain named Pritchard Hill after an owner from the 1800s. Donn passed away in 2015, and the matriarch of the winery, Molly, still lives at the site. The CEO of the winery is Cyril Chappellet, the oldest child of Donn and Molly. The director of marketing is Alexa Chappellet Flagler, and she has become a good friend with Sharon and I through social media. It was important for Sharon and I to name our foal after Molly, who is just a grand lady. When the Chappellet purchased the property all those years ago, Chenin Blanc vines were growing on the farm, and Donn wanted to pull them to plant Cabernet Sauvignon, which was gaining great popularity in Napa. It was only after Molly’s persistence to not pull those vines did they keep them. It merely is Sharon’s and my favorite white wine. This horse we named in honor of Molly Chappellet.