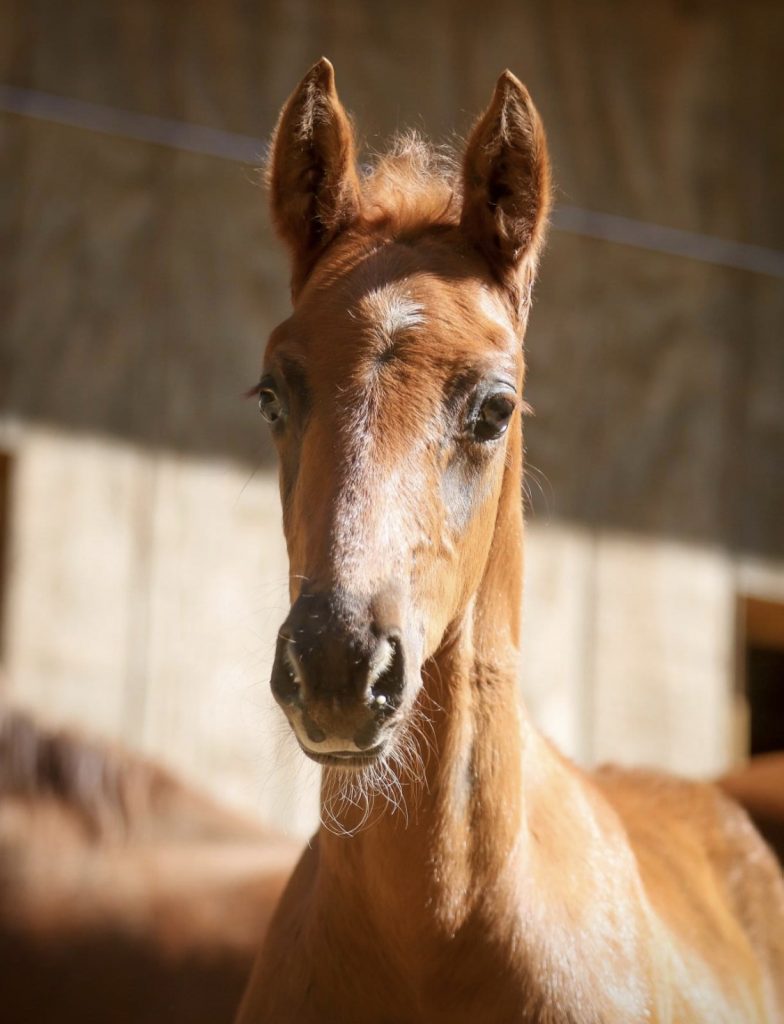 Our next foal came to us on March 2, 2020. He is a colt named “CRW Cloaked in Secrecy” with the barn name Atlas. His sire is WC “Racing Stripe,” and his dam is our own “Miss Bubblicious,” her barn name being Claret. The sire is a very colorful pinto colored horse, and our Claret is a black mare. We were trying to breed a very colorful horse, but he is a beautiful chestnut color. He is a very stout young colt with great confirmation in his bloodline. We are looking forward to his future.
His name is from a vineyard, Dos Lagos Vineyard, in the Atlas Peak AVA that is near the top of Atlas Peak in Napa. Thus, the barn name Atlas. The 5 ½ acres at Dos Lagos Vineyard produces Cabernet Sauvignon. The owners, Tom and Marcie (Hunt) Dinkel are well established in the Napa community. Marcie was a former European Vogue model in the ’70s and 80s. Their first vintage of Cabernet Sauvignon was 2007, and it remains one of my favorite wines. In 2015 they sourced chardonnay grapes from other regions in Napa and called the wine “Cloaked in Secrecy” after a winery scandal that occurred in another area of Napa. Tom and Marcie are very excited to have our baby colt named after their wine, as we are proud to do so.